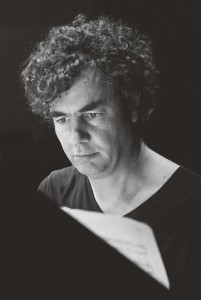 Gerardo Jerez Le Cam is a composer and pianist, born in 1963 in Buenos Aires where he studied music at the Dopolito Conservatory and refined his style alongside pianist Alberto Mercanti.

He conducted in Opera companies, joined classical and contemporary music bands, as well as Argentinian folklore and tango ones.

At his arrival in France in 1992, he met the violinist Iacob Maciuca and other musicians coming from Eastern European countries, giving him that fundamental influence on his very own language of musical arrangement.

He formed different bands, such as the Cuarteto Jerez, Translave, and more recently, his quartet, the Jerez Le Cam Quartet.