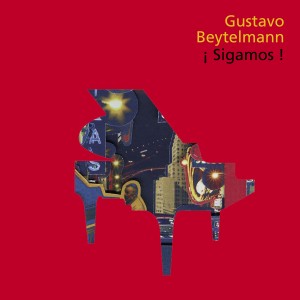 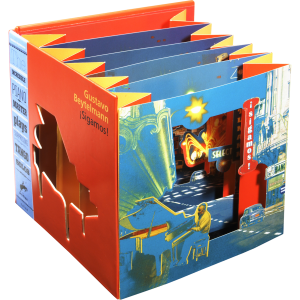 Patrice Caratini, who played with Gustavo Beytelmann within the Mosalini-Caratini-Beytelmann tango trio wrote about ¡Sigamos!:

“Ignacio, te acordas ?” the last line of this recording reveals its meaning before the door of the studio closes on the notes of a tango buried by time. From “Los mareados” by Juan Carlos Cobian to “¡Sigamos!” by Gustavo Betyelmann, the mirror games of the memory unfold, repeated by the piano.
Memories carried by the migrants on improbable Mayflowers, in search of a fantasy world. Memories of Chopin, Brahms or Schumann, flowing over the bridges of the ship, into the bellies of grand pianos. That’s what it took to overcome the wrench of leaving! To carry with them a scrap of their native land sticking to their shoes, in the form of a six hundred pound piece of furniture, rich with all the technological refinements that have appeared since the court of the Medicis in Firenze and the gravicembalo col piano e forte by Bartolomeo Cristofori, until the double escapement imagined by Sebastian Erard and promoted by the French king, Louis XVI.
From this travel on the boats that sailed from Europe to land in America, from the Caribbean coast to the Rio de la Plata, will rise the great adventure of popular urban music of the twentieth century. With the piano as the star: montunos in Cuba, mazurkas in Guadeloupe, ragtime in New Orleans or tangos in Buenos Aires, the first recordings of solo piano from this troubled time offer disturbing similarities before moving on their separate ways, carried along by the history of their territories. Languages rising from the barbarous nuptials between Europe and Africa, witnessing the fall of American Indian civilizations, they claim their identities and their linkages. Listening to old recordings from Ignacio Cervantes, Scott Joplin, Ernesto Lecuona or Jelly Roll Morton is proof enough.

This recording evokes Osvaldo Pugliese or Horacio Salgan’s piano, whose spirit Gustavo Beytelmann evokes, but the choice of the solo gives it meaning. Far from any significant orchestration, free from all folk rags, the piano appears in all its purity, to express the very essence of the music. And if Palomina blanca, Corralera or Niebla del riachelo evokes the memory of the musician’s childhood village and the bands that played under his bedroom window, his interpretation of these mythical titles puts the artist in tune with his time.
The title track of the album expresses its essence: “Let’s not leave it at that, let’s continue, please!”. Gustavo doesn’t turn the page, he opens it wider, gives it depth, finds transparencies.

In this album of tangos en piano solo, you won’t find a slit skirt, fishnet stockings or dark hair dancer. But let yourself be transported by the music of an exacting artist who has taken over a varied past to bring it back to life.”