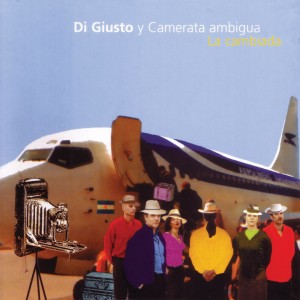 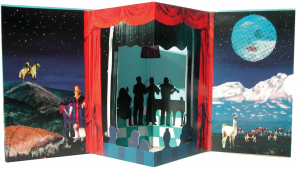 The 10 tracks that compose « La Cambiada » form a new music which finds its origin in the argentinian music. It’s a surprising combination of rythms traditionnals of argentinians provinces as la Chacarera, Huayno, Zamba, Milonga… associated to the classic writing and to the improvisation of jazz.
« La Cambiada » is the meeting between a quintet at stringed instruments (the formation of Di Giusto called Camerata Ambigua) and a piano, the one of Gerardo Di Giusto.
This orginal repertory has been exlusively composed for this formation. Funded on the constant search of rythms and colours, he’s open to the global work as individual and collective improvisation.
To mix classical writing, roots floklores and jazz to touch from the bottom of your hearts, that is the challenge of this album.
« La Cambiada » is simply a music that has never been listened to before, but seems to be an evidence.
It’s an instrumental album that you can listen all over again discovering each time new sounds, a particular vision of the south american music…